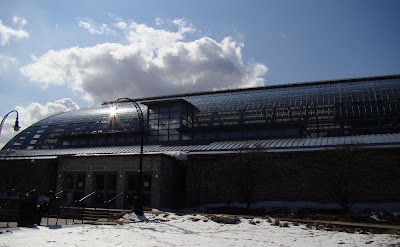 Next month the Garfield Park Conservatory on Chicago's west side turns 100 years old. Growing up in Chicago in the 1960's, the conservatory was a popular spot for grade-school field trips.
Oddly enough, the thing I remember most was how few restrooms there were and how long my class stood in line waiting. When a kid's gotta go, she's gotta go, and apparently that trumps beautiful flowers and mini-rain forests, at least in this former kid's memory. Several decades later, other water features seemed much more memorable. 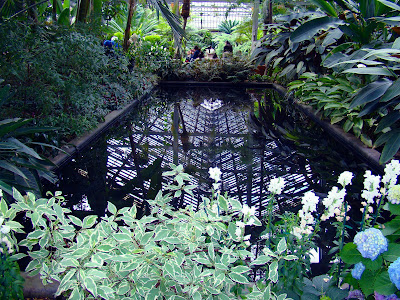 One of several water features in the conservatory. 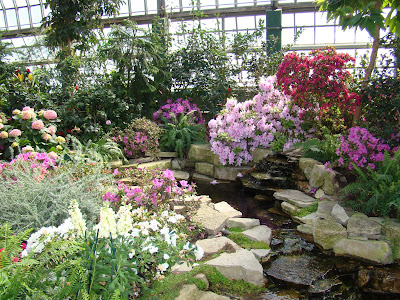 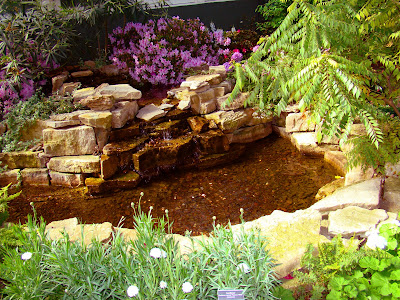 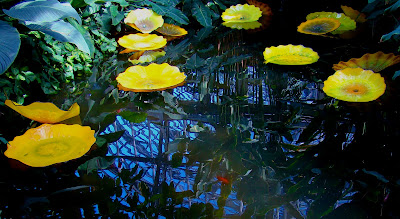 The Persian Pool, a lagoon in the Aroid House. The yellow lily pads were created for the conservatory's Aroid House by world-famous glass artist Dale Chihuly.

I had a delightful day with Middle Child last Sunday. I'm grateful for her indulgence during the conservatory leg of our trip, as I took oodles of photos, some I'll share in future posts. I'm glad to say that during this trip to the conservatory, the restroom, home to some necessary but much less interesting water features, was not the most memorable part of my visit.