After blooming several months this winter and spring, this cyclamen rested about 6 weeks. I didn't think it would bloom again so soon, so I threw a few impatiens into the pot so it wouldn't look so boring while outside for the summer. The impatiens were on sale a couple weeks ago, and were leggy so I pinched them. In the meantime the cyclamen decided it wasn't going to be upstaged by some dime-a-dozen ordinary blooms like impatiens. 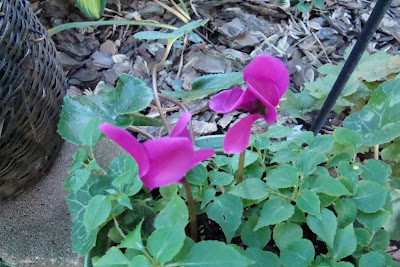 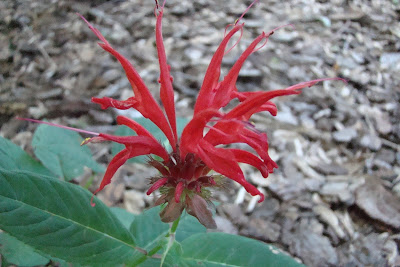 Heliotrope's been blooming over a month. The flowers are sweetly-scented and very long lasting. 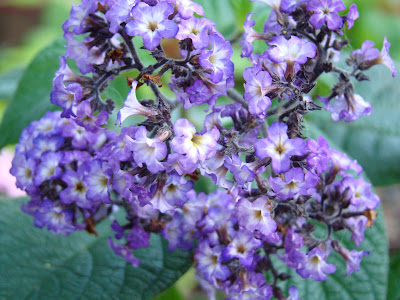 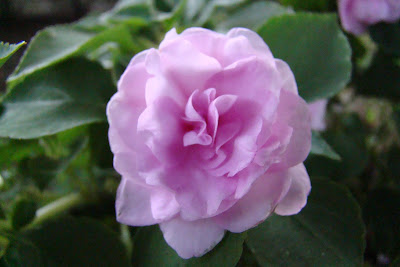 A miniature rose. They're short-lived, but pretty while they last. It blooms a couple of times a season in part sun. Smaller than it was last year, nevertheless this one's in its third year. It's almost finished with round one of blooms. 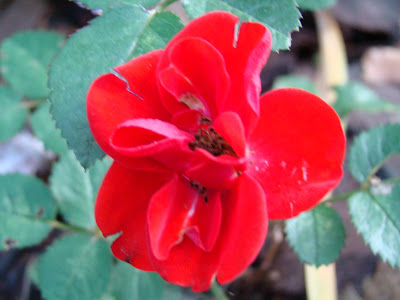 After a hard pinch, the dragonwings are blooming again. 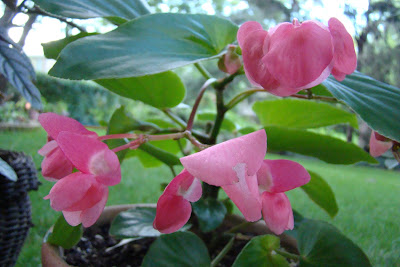 The hellebore was in bloom when purchased in April. The colors are faded, but it's still holding onto its blooms. 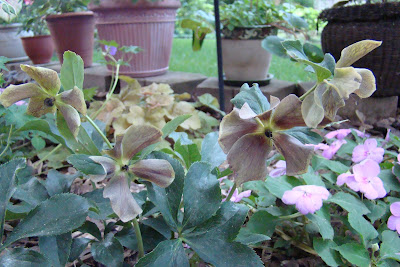 Sambac jasmine. Just two or three of these little blooms will scent the entire patio when the sun's shining on it. 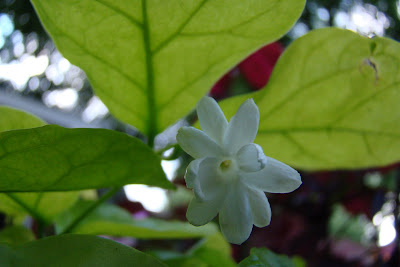 Variegated begonia in a hanging basket. It was overwintered in the basement, along with the jasmine, heliotrope, and many other container plants. 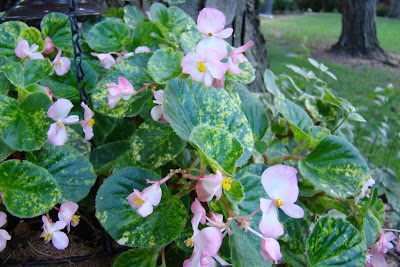 Yellow snapdragons. (A little too sunny when I took this shot.) 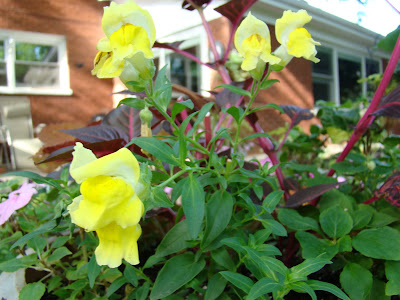 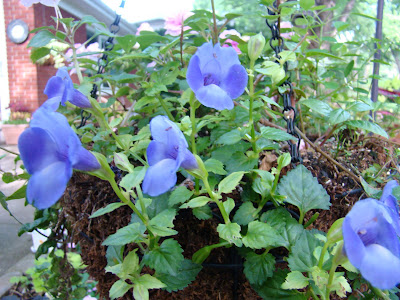 Diamond Frost euphorbia. Several of these were overwintered in the basement too. 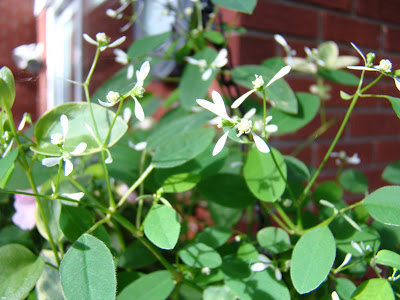 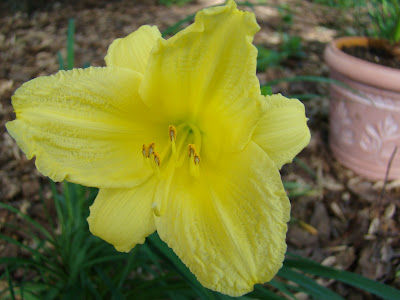 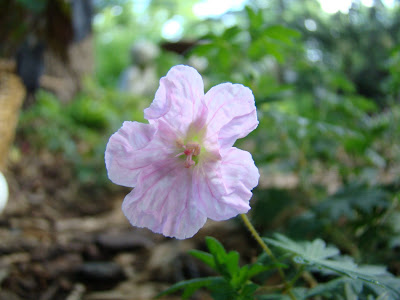 A pass along astilbe. 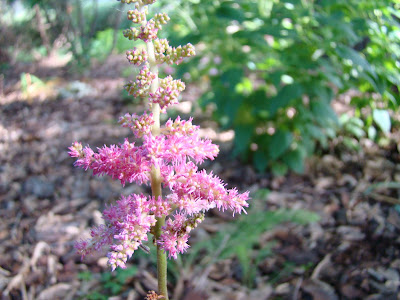 Geranium Rozanne has lots of blooms, and will keep up the show until the fall. 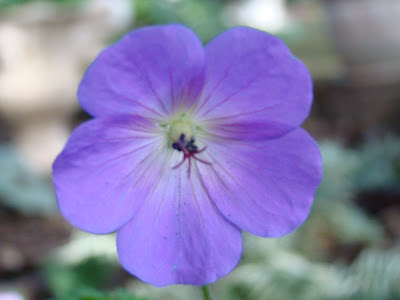 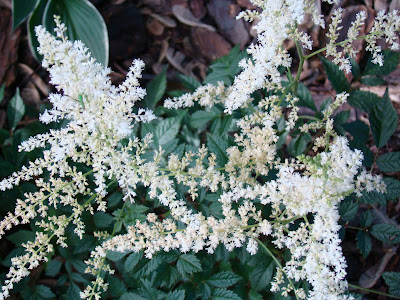 A cell-pack dahlia. The cell packs were mixed colors. There are red, a couple of different pinks, and a yellow or two. 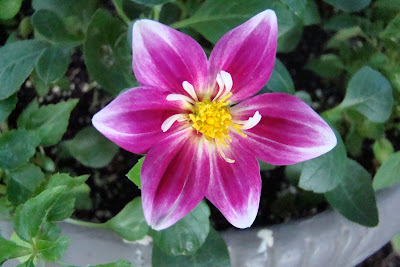 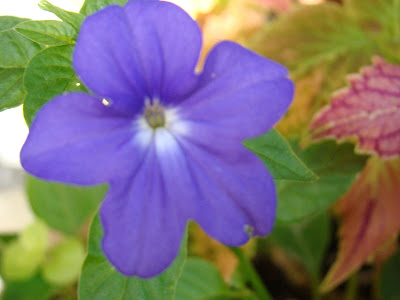 Thank you Carol at May Dreams Gardens for dreaming up and hosting Garden Blogger's Bloom Day!
Posted by garden girl at 7/15/2008 07:56:00 AM