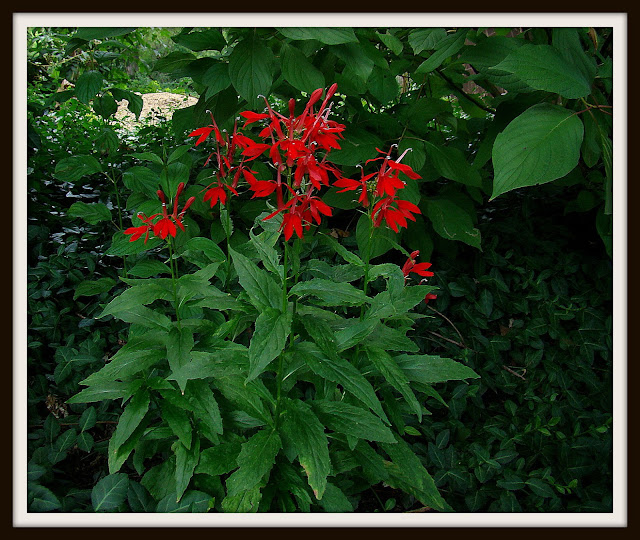 Normally starting to bloom in July, Lobelia cardinalis (cardinal flower), like quite a few others this year, is blooming a bit later than usual.  The cooler-than-usual spring and early summer may be responsible, or maybe it's because I pinched them to help prevent sprawling.  It's the first time I've pinched them.  I hoped it wouldn't prevent them from blooming, and it didn't.  I definitely like them better more upright.  I don't think the hummingbirds care.  Cardinal flowers attract hummingbirds here like nothing else except the fuchsias we pot up every year. 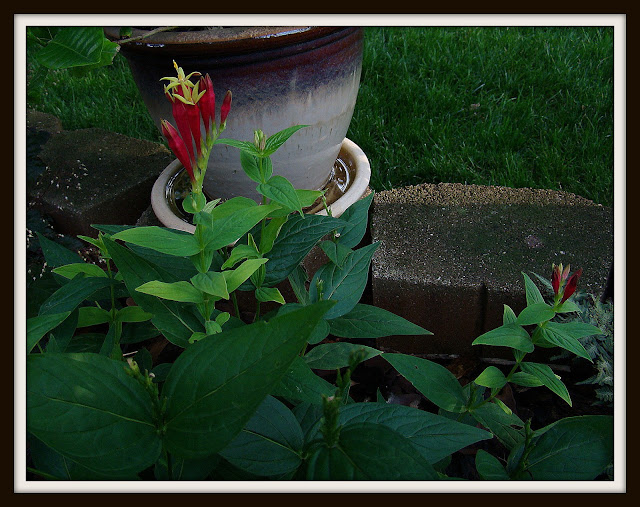 Spigelia marilandica/Indian Pinks are reblooming!  They usually do, though not as prolifically as their initial bloom in June. 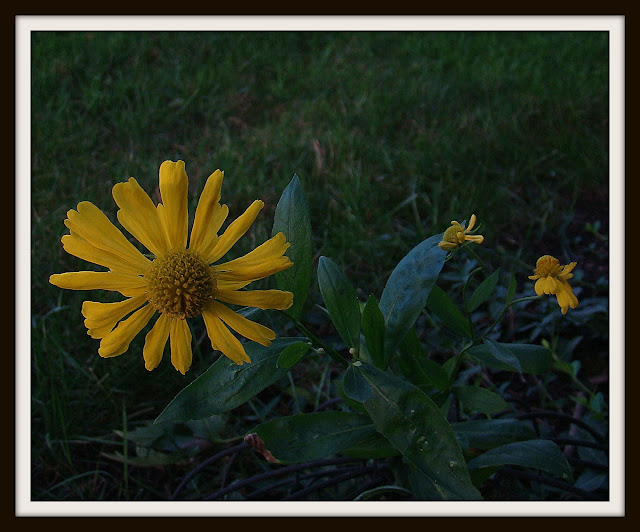 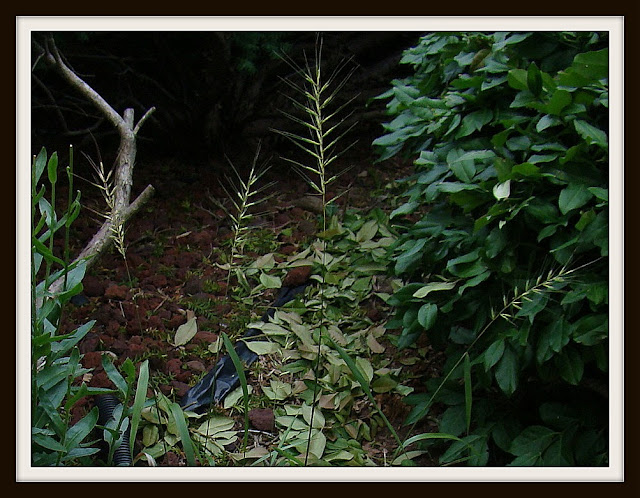 Earlier in the season somebunny chewed Elymus hystrix (bottlebrush grass) to the ground.  It rebounded, and is blooming here for the first time.  We started bottlebrush grass from seeds Monica sent in spring 2012.  She sent seeds for several native grasses, and all were very easy to start and grow. I put it here in this messy-looking border in front.  I'm still working on convincing the Lawn man we need to yank the ugly yews and Euonymus.  I think I'm getting closer . . . 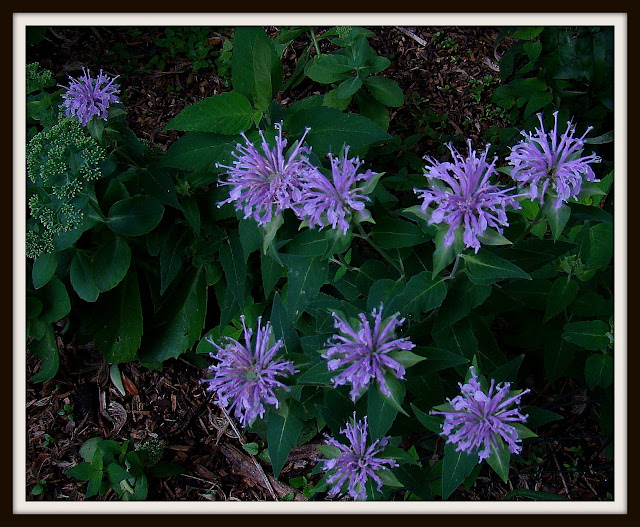 Monarda fistulosa isn't blooming in the original spot I planted it.  I moved a clump to a sunnier spot this spring, and I'm happy to see it doing so well here. 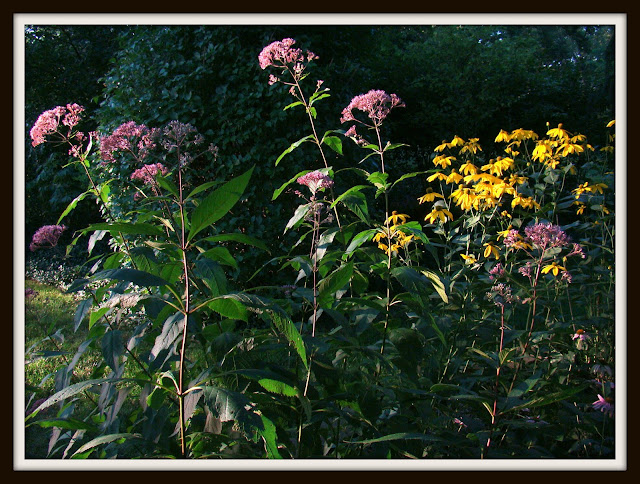 Joe Pye weed, formerly known as Eupatorium purpureum, now Eutrochium purpureum,  was a flopping mildewed mess and hardly bloomed at all during last summer's heat and drought.  They've recovered beautifully this year, though not quite as tall as usual.  I've said it before and I'll say it again:  I really wish 'they' would quit re-classifying and re-naming plants.  It took me a long time to learn so many botanical names, and I'm getting too old for this! 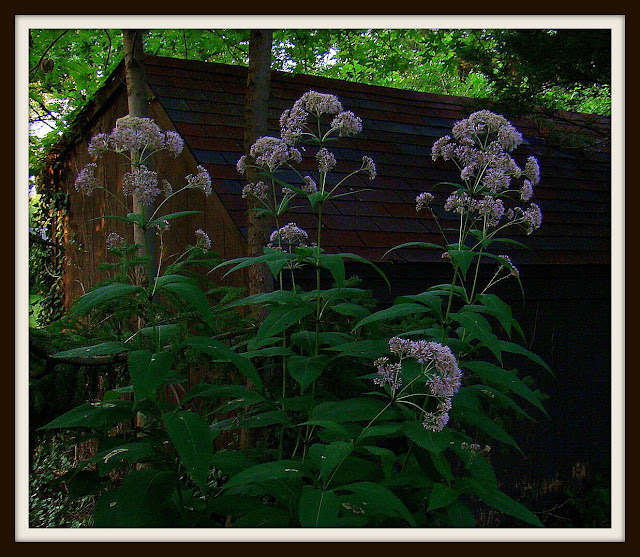 Related to Joe Pye, I believe, this volunteer mystery plant appears to be a eutrochium/eupatorium.  For the first time, it decided it wanted to turn a nice dusty pink this year.  We lost a spruce that gave this plant a lot of shade in previous years.  The shade never prevented it blooming, but it's much taller this year, and it's nice to see the pink!  In the past this plant produced white flowers that faded to a rather unattractive gray.   This year they started white and aged to pink!  Whatever it is, it attracts an unbelievable number of bees of every kind.

Please visit the  host of Wildflower Wednesday, Gail at Clay and Limestone, where today she's featuring Blue Mist Flower/hardy ageratum.  Her in-depth posts on natives she grows in her garden are educational, entertaining, and feature gorgeous photography, as well as links to many other Wildflower Wednesday posts.