. . .grow vegetables in less than 8 hours of sun per day. This isn't the first time I've had a veggie bed in less than full sun. 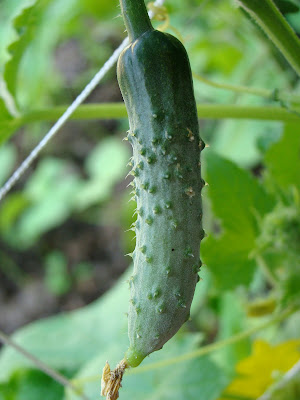 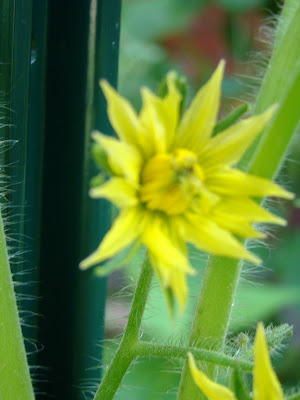 Tomatoes are blossoming (sorry about the blurry photo.)

It might not be quite as productive as veggies grown in 6-8 hours or more of direct sun. 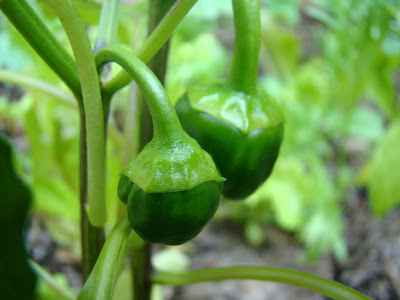 But I have no complaints. 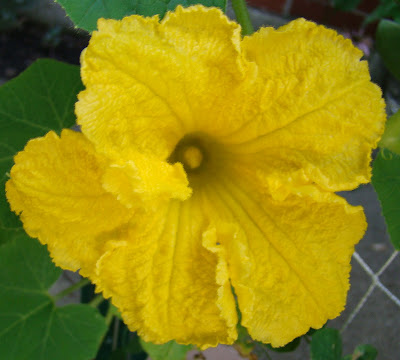 . . . No baby squash yet, but the vines are growing and blooming beautifully. 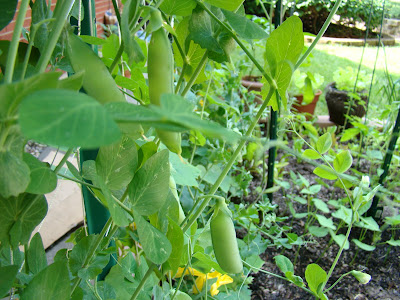 The peas are still growing, blooming, and producing in spite of the heat. With the arrival of 90-degree temps, some vines are beginning to dry out. I remove them, leaving those that are still producing. Peas are interplanted with squash, pole beans, and cucumbers on the trellis in my small garden. 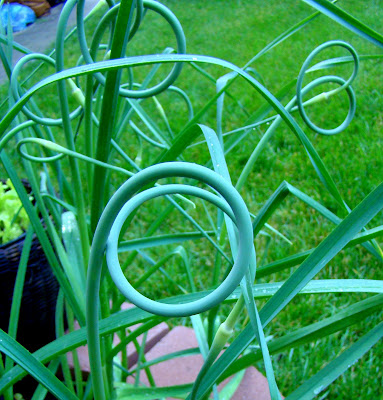 Garlic scapes have been removed. (Aren't they cute?) I've never grown garlic before, and learned about removing the scapes from Gina. They are delicious! Last week I sauteed some with fresh asparagus. Yum!


My small veggie bed gets about five hours of late morning through afternoon sun, and everything is growing and producing well. I'm growing lots of lettuces and other greens, peas, several varieties of tomatoes and peppers, garlic, beets, pole and bush beans, and squash.

On the other side of the house, which gets only morning sun, I threw in a few extra peppers, and they're producing as well.

My first veggie garden was already growing when I moved into my first house over 30 years ago. It too was in part sun, morning sun at that, and was very productive. The following year I dug a new veggie plot on the southwest side of that house. It got afternoon sun, about five hours, same as here. I had no complaints about the productiveness of that garden. So late last summer and early fall as I was looking for a place to grow veggies, I was confident our semi-sunny side yard would be perfect.

Supposedly tomatoes grown in less than eight hours of direct sun per day aren't as tasty as those grown in the prescribed amount of sun. I've never had any complaints about my tomatoes - they've always been productive and delicious.

So for those who long to grow a few veggies but who, like me, don't have anywhere in their yard that gets the recommended 6-8 hours or more of direct sun, don't be afraid to experiment. Please know that even in zone 5, 4-5 hours of afternoon sun, or even late morning and early afternoon sun is enough to grow a respectable, productive vegetable garden.
Posted by garden girl at 6/26/2009 06:40:00 AM